This week I stayed at a hotel for the first time since the COVID crisis got serious. I stayed away not from the fear of COVID or concerns that hotels were not as clean as ‘hospitals’, a cleanliness standard as claimed by some hotels I saw on Booking.com, but the lack of anything to do in the area when I got there or any pleasure would be thwarted by COVID restrictions.

My wife and I needed a change of scenery and I decided to book a night at a mid-upper segment hotel some 30 miles from home set by a river. I had stayed there many times before so had a good idea what to expect, a baseline against which to judge my latest experience and to see how the COVID crisis has impacted the hotel.  What I discovered will probably have a resonance with other hotels.

The hotel used to have excellent car park security with palisade fencing and code-controlled vehicle and pedestrian entrances and exits; it had amongst the best car park security I have seen in the UK. The level of security used to give the impression of a hotel who took security seriously and provided guest reassurance. Unfortunately, security had lapsed with vehicle gates left permanently open and pedestrian gates no longer secured; closer inspection gave evidence that the gates had not worked for some time.

Entering the hotel there was a distinct lack of energy with the normal toing and froing, and background noise of people enjoying themselves markedly missing. The reception desk was unmanned and whilst waiting for service, I noticed a sign next to a container of pens saying informing me that ‘these pens have been disinfected for your safety’. A receptionist arrived, masked, and standing behind a screen with a small letterbox type opening through which the key card was passed. Standing there in my mask, I felt that I was checking into an infectious diseases hospital, not a hotel. It made me wonder if in their efforts to reassure guests whether hotel companies had gone too far. People have got used to COVID measures in supermarkets and pubs which have almost become normalised but the measures in the hotel gave me a jolt.

Once inside the hotel, it was evident that maintenance was starting to slip inside as well: a stain here, a chip there, a light out and bath enamel chips painted over with enamel ‘Tipex’. These were small indicators that maintenance budgets and manning might be under strain. Hotels are notoriously maintenance intensive, lack of use often causing as many maintenance challenges as high traffic situations perhaps doubly so in high humidity environments. As hotels struggle with occupancy levels and large revenue shortfalls, their buildings, engineering systems and fixtures and fittings will likely deteriorate adding significantly to the potential cost of returning to pre-COVID operations and standards.

A letter of welcome explained that the Club Lounge was closed as a COVID precaution, but I suspected that the truth was that it was closed due for financial reasons. This would be understandable, who can afford to ‘give away’ food and drink and sustain a club steward in the current situation. Unfortunately, as with other sectors, COVID is a useful excuse cloaking the real reason for diminished services. Perhaps it would have been better to have had an explanation on check-in and offered a complimentary drink at the bar?

We were pleased to find the hotel gym and swimming pool open, the former with 50% of its equipment out of bounds for social distancing and the latter by appointment only. It was notable that the gym had less hygiene material available for cleaning equipment than before the current situations. Highlighting this to the hotel, it came as little surprise that the gym was run by a separate company and that this constrained hotel intervention. This raises the issue that hotels host other businesses within their confines and that their ability to impose COVID Safe Measures in these external entities may be limited.

After a comfortable night, we decided to take breakfast which was an experience that could have been featured as the ‘Breakfast of the Zombie Dawn’. The large restaurant area was nearly deserted with most tables empty and the few masked patrons slowly wandering about as in a daze rummaging through the scant offerings. No longer a bountiful selection of as much as you can eat breakfast items but a table service; even the bread had been quarantined in individual cellophane slices. The bright side of table service we thought that it would be a freshly prepared breakfast to order but alas, it was clear that the served breakfast items had been sitting on a hot plate behind the scenes for some time. This is almost an impossible situation for hotels trying to maintain quality under severe budget constraints and low throughputs.

Despite these observations did I enjoy our stay? Well yes, I did, the hotel staff did their best but seemed in ‘no mans’ land’ caught between delivering hospitality and maintaining COVID measures. The shortcomings being largely offset by the great rate I paid, great value for money. Would I have been as satisfied if it were £20-30 more? I am not sure. I believe that guests will continue to be extremely price sensitive and I wonder if hotels can maintain low rates especially as business travellers are likely to return in numbers for the short to medium term. I wonder if hotels could use the opportunity of reduced guest numbers by improving the ‘personal touch’ delivering genuine hospitality rather than hospitality by numbers that can be experienced in large chain hotels.

I must admit I felt a little sorry for the hotel, it was like visiting a friend not seen for a while and noting that they appear to be ailing. Let us hope that a tonic can be found soon so that hotels can regain their souls and vibrancy. 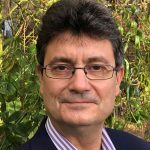